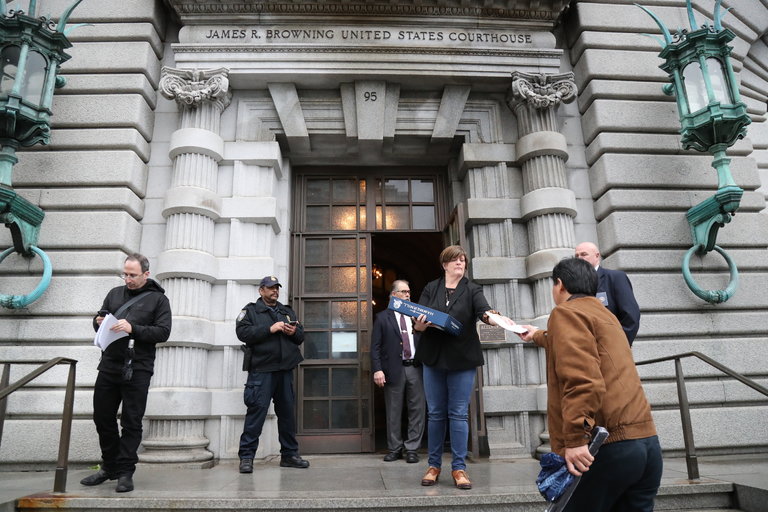 Listening to the reports on the recent 9th circuit court decision on the Immigration executive order, the reasons for the counts ruling are very clear. The courts are biased and the ruling is political with no base in law, or the executive order was a violation of the constitution and a reason to begin impeachment proceedings against the President.

The fact is, after having read the decision I can report that is a fairly typical court decision based on the narrowest principles they could find. The actual ruling is:

“To rule on the Government’s motion, we must consider several factors, including whether the Government has shown that it is likely to succeed on the merits of its appeal, the degree of hardship caused by a stay or its denial, and the public interest in granting or denying a stay.  We assess those factors in light of the limited evidence put forward by both parties at this very preliminary stage and are mindful that our analysis of the hardships and public interest in this case involves particularly sensitive and weighty concerns on both sides.  Nevertheless, we hold that the Government has not shown a likelihood of success on the merits of its appeal, nor has it shown that failure to enter a stay would cause irreparable injury, and we therefore deny its emergency motion for a stay.”

In other words, for the rest of us, there is not enough evidence to prove the government would be harmed or that they will ultimately win in court. Other points to understand is that the court did not rule on the merits of the executive order but on whether the lower court had the authority to put in a temporary hold until a full hearing could take place.  All of this has had the effect of stopping the order from being implemented, not on the legality of the order. Courts, to be honest, do not make these stays lightly and only when they believe the plaintiff, in this case the states of Washington and Minnesota, have a chance of winning. I would have to say that, in my opinion, the order exceeds the authority of the President and the government would lose in court. The reason for this is the order included valid Green Card holders, legal residents, and stopped entry to people with valid visas issued before the order. These last where in fact walked back but it was too late. Once something is said it cannot be unsaid. Had the order been simply that the US would not issue new visa’s in those cited countries and put a halt on refugees it would likely not have gotten this far in the court system.  The order then was too broad in scope and rolled out too quickly and without proper vetting.

At this point the Trump administration has two options. The first is to continue to proceed through the courts with a likely result of losing, or to vacate the order, which makes any further court actions moot, and issue a more limited order that fits the current law. I hope for the latter but fear the former will be the favored action of the current administration.

I now return you to your regularly scheduled extreme mass media reporting.