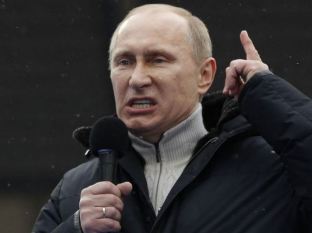 While I do not know what, the outcome will be on the Presidents claim that his campaign was wire tapped, initial indications are that something was done. Per articles in the New York Times a FISA (Foreign Intelligence Surveillance Act) warrant was requested in June but denied and another with a more limited scope was requested and issued in October. There have been other reports about this activity by the HEAT.com and The Guardian as well as good analysis by National Review online, as well as a report by Bretbart. I mention Bretbart only because most of the media attention is on that one report being the impetuous for President Trumps twitter rants. The Russian boogeyman has been in play now since the Democrats began to use it to divert attention away from questions about Hilary Clintons use of an unsecured server in her home to store classified material. The problem is that this diversion has now taken on a life of its own and is overriding any attempt by either side to govern the nation.

What we know, not a lot. Director Clapper, Director of National Intelligence, had stated after revelations came out about hacking of the DNC computers, that it was not known who in fact had done the hacking at the time. The DNC, the Clinton Campaign and the White House all came out and said it was the Russians. This was not accepted by the Trump campaign and that led to the accusations that the Trump campaign was in collusion with the Russian government. Now the short line to today, the Intelligence Community came out with the conclusions after the elections that Russia had indeed hacked the DNC and its intent was to swing the election to Trump. Director Clapper also came out this weekend to say there was no evidence of collusion between the Trump campaign and the Russian government. Whether Russia intended for the leaked DNC emails to have an impact on the elections it is generally accepted today that the emails released had little or nothing to do with the outcome. That should have been the end but as we know it is not.

Refusing to let go politicians and news outlets continue to search for a Russian connection to the Trump camp. What they have so far is, nothing. LTG Flynn’s contact was not unlawful he was forced to resign because he lied to the Vice-President. AG Sessions was a Senator when he met with the Russian Ambassador once in an open meeting and once in his senate office on official senate business. The President is known for making statements that are not always technically correct and the left and the news media is quick to point out any mistake. The latest is that he claimed President Obama ordered the wire taps and it was rightly pointed out that a president cannot directly do that. We all know however if the president suggests to the AG that maybe the Trump organization has illegal contact with the Russian government I think the AG would get the point and see what could be done. Let’s stop parsing words and PLEASE THINK what is being said and meant.

Now to the heart of the matter, WOULD YOU ALL CUT IT OUT AND GET BACK TO DOING YOUR JOBS. There is not one shred of evidence that the Trump campaign had any improper contact with the Russian government so there is no reason for a special prosecutor to be named. There is nothing for a special prosecutor to investigate. Let us get off this Russian thing and work on the problems of the country. Let’s reestablish our foreign policy so that we are once again respected in the world. Let us look to help the victims of aggression like the Syrians in Aleppo and the citizens in Ukraine. Let us work to turn our economy to what it can be. Let’s work to fix real problems, there are a lot of them. Yes, racism still exists and we need to continue to march forward. Progressive policies are not in trouble just under review. If the people want them to stay they will stay.  PLEASE THINK about the real problems so we can all get back to the real world and our lives.