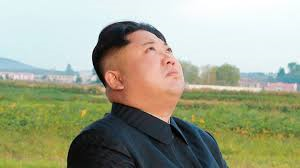 With the announcement that John Bolton is going to replace H.R. McMaster as the National Security Advisor a rash of reporting has come out condemning the former UN Ambassador as a hot head and a war monger. His early rejection of the JCPOA (the Iran Deal) as bad for the world and his pronouncement that the US has a legitimate right to attack North Korean to end its ability to threaten the world with nuclear war. In an article in the Atlantic his statement on North Korea was called a radical idea and that it risks the “most destructive war in living memory.” These types of melodramatic declarations do nothing to help an informed decision. I would say the most destructive war in living memory was World War II. It must be pointed out that WWII began because democracies failed to confront dictatorships in a timely manner.
When the Obama administration was making its argument for the Iran deal the president told the nation there were two options, diplomacy or war. There of course many options in any scenario, and presenting only the extremes is a treacherous path to take. Let us look at a potential third alternative, diplomacy with the threat of war. We have tried diplomacy with North Korea for over 25 years we no success. If Kim Jung-un is of the opinion that it will always be diplomacy followed by sanction relief, followed by jettisoning what ever agreement you came to and carrying on your nuclear program until next time, diplomacy will not work.
In the case of Iran we negotiated away all leverage and financed Iran’s terrorist proxies. Kim can see the results of the JCPOA and how toothless the enforcement provisions are. Why then should North Korea negotiate in earnest? Presently the answer is John Bolton. With Bolton advising the president and Mike Pompeo at State, both hawks, the North Korean calculus must change. Hawk by the way does not mean go to war over everything but stand firm on principles and work for the best but never shy away from a credible threat of war. This is what Bolton brings to the table, not a crazy man but a firm man. If he can bring fear to the other side so be it. I suggest reading about the Cuban Missile Crisis, perhaps Bolton can chair EXCOMM.