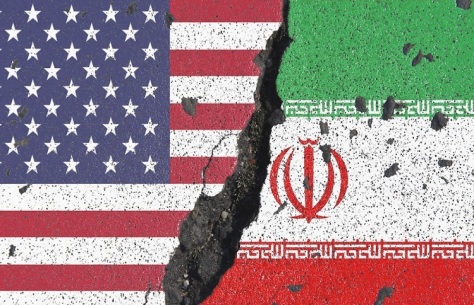 By Paul Davis and Chiman Zebari

Today the world is holding its breath to see the response of the United State to an anemic attack by Iran on Iraqi bases housing Americans. The Islamic Republic launched around 15 missiles at targets in Iraq, some of which were shot down most of which missed the target. The attack was in response to the killing by the US of an Iranian terrorist and commander of an Iranian terrorist group.
Some say the Iranians missed their targets on purpose in order to avoid a major retaliation by the US. The Iranian FARS news network at one point said up to 80 Americans had been killed. The US is saying no casualties. While there may have been no US casualties there were Iraqis injured. So, what is next.
This is also being called a face-saving device so that the Iranian leadership, playing to a domestic audience, can show that they took decisive action to retaliate for the US actions. The operation was called the “Martyr Soleimani.”
The fact is that the death of Soleimani was a major blow to the Iranian ability to continue to export the Islamic revolution. The technical capabilities of Iran have increased in the last few years but the war fighting capabilities are far short of what they need to engage in any protracted war. This however will not fully deter the actions of Iran since there war model has been to use proxy forces to carry out limited attacks on selected targets.
The belief that this is a one-off operation does not track. The anger in the Islamic Republics leadership is very strong and revenge in their history. The President in his statement announced additional sanctions on Iran and justified the strike that took out Soleimani. The foreign minister of Iran told the world that this missile strike was proportional and served it purpose. This is difficult to believe since Iran has been attacking anyone or any country it sees as an enemy for 40 years. What may be considered is that Iran may not launch attacks by its forces from Iranian soil again. The standard Iranian tactic is to use proxy forces which gives them deniability.
The President also said that it appears that Iran is standing down, not sure what that means, in fact the next day there was an attack on the Green Zone in Baghdad. I expect to see a lull, which means back to normal, and then a spike in attacks in Syria and Lebanon as well as a potential Hamas or Hizballah attack on Israel. The Iranian dominated Iraqi militias will continue to act independently of the Iraqi government and under the control of Iran.
It should also be pointed out that the missile attacks were aimed at bases in Sunni and Kurdish areas. This tracks from past IRGC controlled attacks by the PMF militias. Soleimani’s main objective has been to spread the Islamic revolution, increase Iranian hegemony and remove the US (west) from the region. This last is important to understand, Iran sees little to no difference between the US and other western nations yet will continue to manipulate those western nations for trade.
Short of all out war with Iran the US needs to adjust it position in the region in order to continue a US presence as well as be prepared to defend US interests and allies. Based on the resolution of the Iraqi Parliament to seek to have all US forces leave one solution would be to move the US embassy from Baghdad to Erbil and ask the Kurds to hold another referendum on independence, and this time back them up fully. Kurds as we have mentioned previously are the only true allies the Americans have in the region. A truly free and independent Kurdistan would be a game changer. Removing US forces from Iraq would be a financial blow to Iraq and a political blow to Iran and Turkey.
With Soleimani out of the way Iran does not have a replacement of his caliper. Much of the control and personal contacts may begin to weaken and allow for the different actors to operate on their own. Beside the Kurds, the Sunni in Iraq have been victims of the Iranian control of Iraq. It is within their power to vote for autonomy and break away from Baghdad. What has stopped this in the past was not Iran but the US which maintains a one Iraq doctrine.
While so many are saying this is going to lead to World War III I would reiterate that the Iranian are in no condition to wage an actual war. As for terrorist attacks Iran and the IRGC are the leading exporter and planners of terrorism already. The Iranian government is facing a dilemma with a shift in the way the American government is reacting, holding Tehran accountable for the actions of its proxies, and the widespread protest in Iran and Iraq. This is in fact the perfect time to apply maximum pressure. The only thing that is working in Iran’s favor is the US House pushing a new War Powers Act exclusively to stop any action by the US in the event it is needed.
We need to build a strong coalition that will truly isolate Iran and end the regimes reign of terror. It is time for the majority of the government to understand that to do nothing now will result in a greater loss of national security then what they can understand in their current state.

One thought on “Trump and Iran”