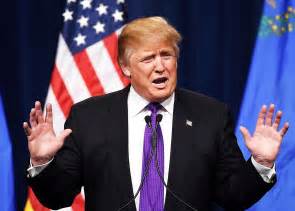 Since the early morning hours of November 9, 2016, there have been declarations that Donald Trump has committed heinous acts that demand he be impeached. It did not seem to matter that this movement began before he took office, he had to be impeached. It appears that there were some among the crowd who believed that if they could do this then Hillary would become president. So lets look at the probability that Donald J. Trump has committed impeachable acts.

To start the discussion it must first be pointed out that impeachment does not mean removal from office. It is the formal process of leveling charges, to decide if crimes have been committed and if so do they rise to the level required for trial. To date only two presidents have been impeached by the House, Andrew Johnson in 1868 and Bill Clinton in 1998, neither was convicted in the Senate.  Richard Nixon was under investigation but resigned before the House took action. The attempt to remove a sitting president from office was intended to be difficult and requiring very specific reasons. This is were the problem with declaring, preemptively, that president Trump has committed impeachable offences.

The drama began during the debates last summer when Trump called out Hillary for mishandling classified emails and for leaked emails showing she had colluded with the DNC to manipulate the Democratic party primaries. Hillary’s response was defensive and said the real question was that Russia had hacked the DNC and that was the major issue. In all fairness it was and is an issue but I am not sure it was a bigger issue then her breaking the law and suborning the DNC’s manipulation, but there it started.

Once started the Russian bogyman morphed from an attack on the DNC to Russia attempting to influence the election toward Trump, to Trump and his campaign colluding with the Russian government to ensure a Trump victory.  All of this in an attempt to rescue the Clinton campaign that only a few knew was in trouble.  The major problem was that this campaign maneuver did not die with the election but was perpetuated by the so called resistance to  Trump and became not only an article of faith but the presumed first article of impeachment.

The problem is that currently there is not one shred of evidence to back up the claims. It is all rumor, innuendo and talking heads drawing unbelievable connections from just about anywhere they can. Such connections include, Mike Flynn was fired because he was a connection to the Russians. Mike Flynn was fired because he lied to the vice-president. Sally Yates was fired to stop the Russian investigation. Yates was fired for failing to follow the directions of the President, her boss and client. As an attorney she has an obligation to advocate for her side regardless of personal feelings.  Comey was fired to stop the Russia investigation. Comey was fired for incompetence and violations of long standard practices. In both of these cases the investigation continued. More recently Trump committed treason by giving the Russians classified information. Two points here you can only commit treason in time of war and as President he has the authority to declassify intelligence as he see fit. The last point is the now infamous Comey memo that says Trump asked him if he could see fit to not go after Flynn, obvious obstruction of justice, but its not. First Trump made it a request not an order and put no conditions on it. Second if it was obstruction of justice Comey was bound by law to report it and he did not. Lastly the White House denies it so it becomes hearsay evidence.

In the end we are left with the fact that to date Trump has not committed any impeachable acts, at least none that can be proved beyond a reasonable doubt. Many are trying however to compare this to Watergate and the eventual resignation of Richard Nixon, history however has a different, more appropriate lesson, Andrew Johnson. Nixon was guilty without a doubt and would have been convicted in the Senate. Johnson on the other hand was a victim of political intrigue and hated by the elites of Washington for standing up for what he believed to be in the best interest of the country. Johnson was vilified in the press and was a very unpopular president, but in fact had done nothing wrong or illegal. In the end the Senate failed to convict by one vote.

PLEASE THINK of the consequences of impeachment actions or the removal of the president, especially for what appears to be political grandstanding. The country can survive a Trump presidency but may not survive a coup d’état. Oh and for those who think Russia got what it wanted in a Trump win, they did not. They will get what they were actually looking for if the country continues down this road, a wracked political system and a powerless country.