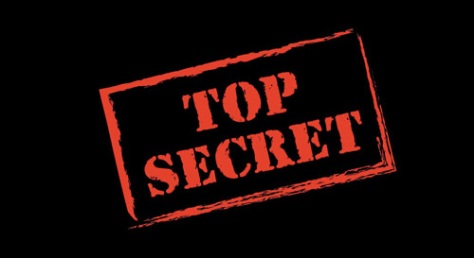 The Reality of protecting the nations secrets is becoming more difficult by the day. The recent release of an NSA report by a government contractor, Reality Winner, has brought to light, once again, the difficulty in maintaining security. There is a lot of coverage of her being a contractor, now the discloser I was once employed by the same contractor, Pluribus International, and mention of her past six years as a linguist with the Air Force, but little about her apparent extreme political views. This is where we need to begin the discussion.

A review of the social media sites of Reality Winner shows a very activist person who bought into every anti-Trump campaign, as well as other progressive programs. After the fact, many have asked why a deeper background check was not done considering her apparent hatred of Trump and support for the Iranian government. If her Facebook page had been viewed what could have been done. Can a person be denied employment for political views? The answer of course is a resounding maybe. The problem of course is not opposing political views but lack of self-control and any sense of individual responsibility. Many have said that the release of classified material is an act of courage and proved individual integrity. I have read both the article by “The Intercept” and the redacted NSA report. What we have is a young lady who has ruined her life and the reputation of a company that did nothing more than give her a job after her service to her county, for nothing. The information provided was nothing that was not suspected, but confirmed the details. The details by the way would not indicate any influence on the election, it looked like a test run. The hacking was aimed at voter registration rolls and not at the actual election machines. While it may have affected individual voters by raising questions as to their legitimate registration it is doubtful it had any impact on the results.

The extremism and virulence of the attacks on the current administration have opened a process of uncontrolled anger and given people like Winner the excuse to put the country in danger in the name of resistance to a President they did not vote for. This is just a furthering of what has been happening across society to include colleges shutting down free expression and segments of society segregating themselves from the rest. It needs to stop.

It must stop. I feel for both Reality Winner and her family. Her uncontrolled anger, feed by an out of control media (I hesitate to call it News Media) resulted in a very unwise choice. She is the first to be caught and will likely suffer greatly for her transgression. Unlike Edward Snowden, protected by Russia, or Bradly Manning, pardoned by President Obama, she is in a time and administration that will not be kind to her.

A recent article in the Wall Street Journal spoke to the fact that colleges are not teaching our children how to make a cohesive argument and they leave school with no greater critical thinking skills then when they entered. Add this to politicians and pundits on television constantly yelling and refusing to listen to any opposition arguments and you have an up and coming community that feels no remorse in deciding on their own what should go public.

There are many ways that a person can get information to the right hands if they truly feel it is necessary. They are long and cumbersome by design. There are even shortcuts that can be taken that do not require public disclosure. Today however we seem to need instant gratification of our passions. We have raised a generation, or two, that glory’s in its independence but in fact has fallen into the trap of groupthink.

I am sorry Reality, but you need to be strongly and publicly punished to stop those who follow from making the same mistake, or at least give them pause before they make a move.  To all who would defend Reality PLEASE THINK of the consequences of your actions.