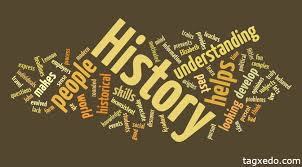 When I was in 7th grade, I had a great history teacher, Mr. Koch. He had the ability to make history come alive and to understand its relevance to today’s world. One thing he did push hard was that you cannot study or understand history if you judge it by current culture/mores. We see this today as we are asked to confront the issues of race in our country and in the discussion on slavery and the Confederacy. Slavery is a blight on America and was the main reason for the Civil War. Regardless of many of the other reasons given for the Civil War, state rights, the lost cause etc. I go with the statement of Barbara J. Fields in Ken Burns Documentary “The Civil War,” “Without slavery there would not have been a Civil War.” Today 155 years after the end of the Civil war and slavery we continue to believe that the culture and mores of the United States have not changed if anything we have become more racist.
The problem with the discussion today is that we judge slavery by modern standards. Yes, slavery is cruel and inhuman. Subjecting humans to slavery, however, is a system that has existed for as long as history has been written and unfortunately still exists today in parts of the world. Removing slavery in the US did not eliminate racism or cure all the ills of its existence. Jim Crow laws, lynching, segregation, and all that followed is the aftershock of slavery. So how does Mr. Koch’s teaching play into this.
Since the “official” end of slavery the plight of black Americans has marched, however slowly, forward toward what is hoped to be a colorblind society. We are not there yet but it is getting better. The other thing history teaches, is that much social unrest. Up to and including revolutions, are driven by increasing yet unmet expectations. The civil rights movement was driven by the slow pace of social reform but was done in such a way that society continued to grow and function. Back at the beginning of the civil rights movement there was not a large black middle class and many blacks lived in poverty. Today the black middle class is the norm with a small portion of African Americans living in poverty.
Today we are subjected to the amorphous term systemic racism. This term is applied to describe any action between black and white America. This along with the terms white privilege and white supremacy are used with total disregard to facts as they exist today. We are shown videos designed to explain systemic racism that include such things as redlining, which has been illegal since the 1960s, unequal education and income tied to racism. The lack of black home ownership is also given as a sign. The facts do not support this in total. Yes, schools in the inner city and poor neighborhoods are not the equal of suburban schools or those in more affluent communities. Yet most blacks do not live in these areas. Yes, most of these areas are black but most blacks today are living in middle class neighborhoods. As to income let us look at a Brookings Institute study.
“Last week’s headlines around the release of new Census Bureau data spotlighted a continued rise in income inequality. The Gini index—a statistical measure of income inequality—rose to its highest recorded level in 50 years, signaling that the distribution of income in the United States is the most uneven it’s been since the Bureau began tracking it in 1967.
That disturbing trend, however, masks the economic progress Black households have made in recent years. In 2018, their median household income (the level at which half of households have higher incomes, and half lower) reached $41,511. While that level only slightly exceeded that (and was statistically unchanged) from 2017, it continued to top 2007’s pre-recession peak for Black median household income of $41,134”

On the other side we see black and minority homeownership has dropped. Homeownership is considered an indicator of wealth and wealth distribution. This drop however followed periods of higher black homeownership.

In another Brookings report on Black Progress we read:
Let’s start with a few contrasting numbers.
“In 1940, 60 percent of employed black women worked as domestic servants; today the number is down to 2.2 percent, while 60 percent hold white- collar jobs.
44 and 1. In 1958, 44 percent of whites said they would move if a black family became their next door neighbor; today the figure is 1 percent.
In 1964, the year the great Civil Rights Act was passed, only 18 percent of whites claimed to have a friend who was black; today 86 percent say they do, while 87 percent of blacks assert they have white friends.
Progress is the largely suppressed story of race and race relations over the past half-century. And thus it’s news that more than 40 percent of African Americans now consider themselves members of the middle class. Forty-two percent own their own homes, a figure that rises to 75 percent if we look just at black married couples. Black two-parent families earn only 13 percent less than those who are white. Almost a third of the black population lives in suburbia.
Because these are facts the media seldom report, the black underclass continues to define black America in the view of much of the public. Many assume blacks live in ghettos, often in high-rise public housing projects. Crime and the welfare checks are seen as their main source of income. The stereotype crosses racial lines. Blacks are even more prone than whites to exaggerate the extent to which African Americans are trapped in inner-city poverty. In a 1991 Gallup poll, about one-fifth of all whites, but almost half of black respondents, said that at least three out of four African Americans were impoverished urban residents. And yet, in reality, blacks who consider themselves to be middle class outnumber those with incomes below the poverty line by a wide margin.”